A magnetic field has the effect of locally deforming the wave guide. This effect is called magnetostriction. 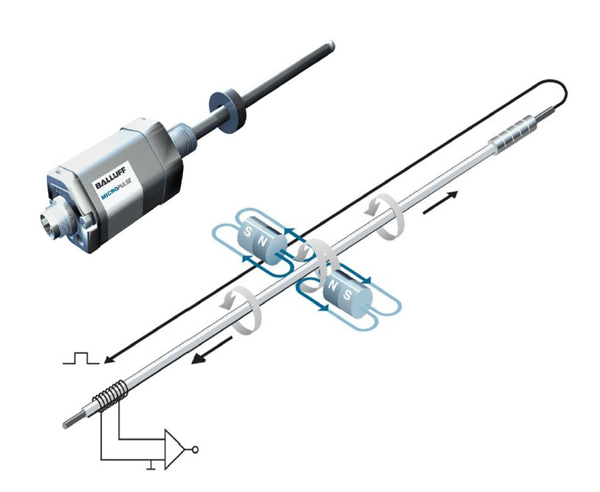