What is the role of the RFID processor in a RFID system?

RFID Processor in a RFID system

Host control systems could include:

The processor unit is also called the reader, especially in logistics, since only the reading function is used there. Its main function is the interface between data carrier, read or write data, and a controller. The processor unit will generate a command and send that signal out via the read/write head (the antenna) as magnetic or electromagnetic wave.

In the case of passive data carrier, this signal powers the data carrier allowing it to transmit its data through its own internal antenna. The generated command can be a read or a write request. Hence the data carrier will react respectively i.e. sends the required data or expected data to store. 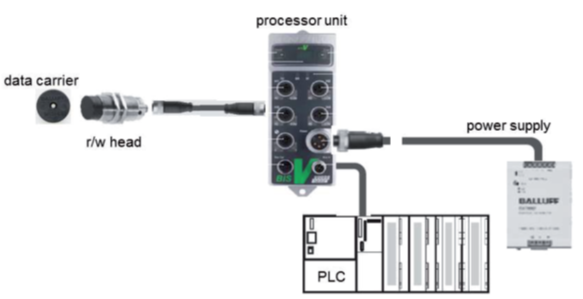